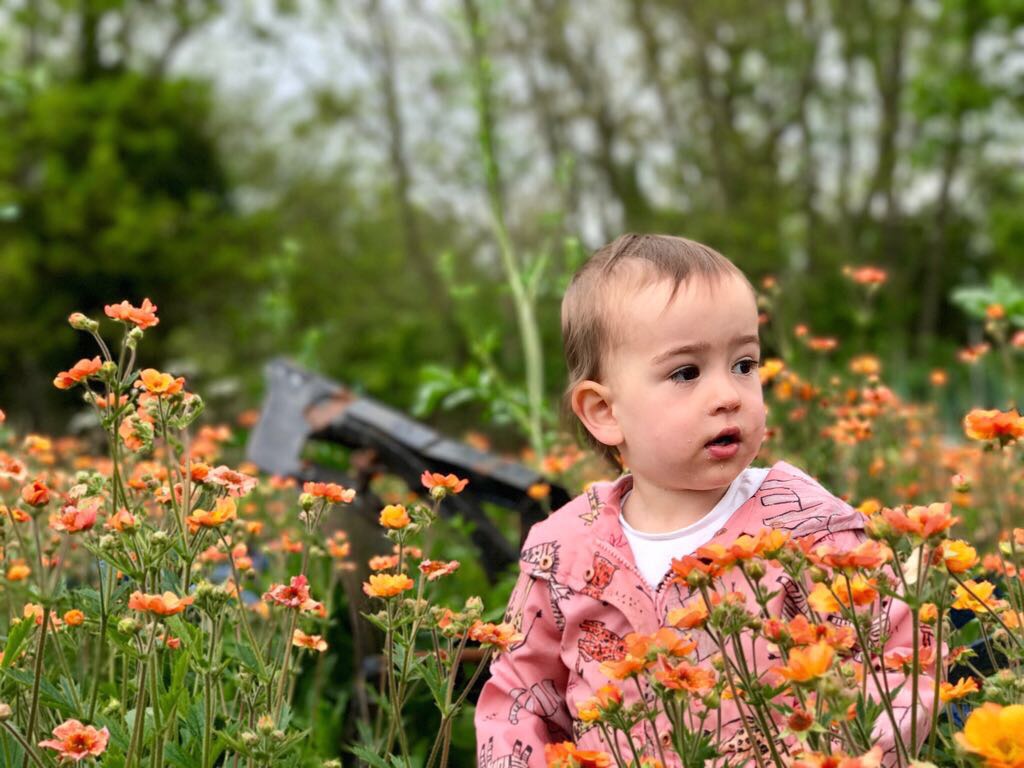 So far in this mini-series of blog posts about my mental health I’ve talked about how my struggles first came about, how I dealt with it then and  how I feel I’ve begun to tackle it now. But I’ve mostly avoided discussion about one pretty major component in it all; my daughter Millie.

If I boil it down my main problem was being overwhelmed with too many things to worry about on a day to day basis, and of course Millie is a huge part of that. There were days when I really struggled to just get to the end of the day, and I was so frustrated, but I knew that her demands weren’t anything out of the ordinary and the problems were mine.

As time wore on and I felt lower and lower, and I began to feel disconnected from her. If I tried to say no to something and she protested, I gave in instantly. I normally feel guilty if she watches any TV or if she eats something I think is unhealthy, but I just went with the quickest and easiest option instead. I was lacking the mental energy to cope with most things day to day, and that included Millie.

That’s actually quite painful to admit to. Obviously she was never neglected or open to harm in any way, but if I’m honest our emotional relationship suffered for a time, because I had just begun to go through the motions. I had to remind myself to get more involved with her; smile when she did something funny and looked at me for a response, sit with her and cuddle while she watched Peppa Pig for the millionth time, and just not let it go when she refused to do more important things like clean her teeth.

I had been signed off work and had decided to keep Millie in her routine of spending two days a week at nursery. She also spent a day a week with my sister in law, and my Mum and Dad would help out and take her for odd days too. If anyone was able to give me a few hours to myself, I took it.

I was drowning and constantly dreamed of ways out. I often fantasised that I could book somewhere and go away to just be completely by myself, because all I wanted was for everything in my life to stop and leave me alone. I particularly remember a day when my sister was off work after an operation and couldn’t drive, and we were going to visit her. She lives about 20 minutes from me and I packed Millie and the dog into the car, and cried the whole way there. I genuinely considered what might happen if I asked my sister to take Millie for a few weeks and just drove away.

One day my Mum popped in to see us and Millie saw her at the door and immediately went to get her bag and shoes as if she was going out, and then cried when she realised her Nanny was staying in the house with us. That was a bit of a slap to be honest, because I realised just how accustomed she’d gotten to being taken by other people, and how my company was wasn’t enjoyable for her.

I slowly started trying to spend time with Millie one on one. We often do things with others, and I thought it would be good to be together, away from home (because we both go a bit stir crazy when we’re in for too long), with no expectations.

We went to a local play café, we went to the farm, we went to the forest. I tried to let go of everything else in my head and just see her. I would sit with her and talk, play, or do nothing, just watch her. Forget my worries about what she was eating, what else was going on that day, everything.

You know what I realised? I need her. Dear God, do I need her. All the time I had been pulling away from her, and yet when I began to let her back in, she was the one healing me. When I focused on her I could smile because I was happy, and laugh because I wanted to, not because I thought I should. Children are such unaffected, joyous little souls, and I was getting to share that, and see things the way she did.

She doesn’t give a shit if I didn’t shower today, or if she had spaghetti hoops for tea three times this week. Everything she does is interesting to her, or fun, and when I began to just follow her lead, I saw it that way too. I would come home from our times out feeling lighter, and a little at a time I was genuinely enjoying life more, in all aspects.

Millie and sleep have never been great pals and in the last few months she’s spent a lot of nights in bed with me, then more recently we’ve moved her bed into our room, and this has also been really wonderful. It’s meant her sleep has settled and she no longer wakes nearly as much at night, which helps with my sleep deprivation, and I love being so close to her. Laying in the dark and listening to her breathing is very relaxing, and always makes me feel comforted and warm. Then in the mornings she doesn’t wake crying, I roll over and she’s right there, all bed head and chatter.

I’ve read a number of times that having time away from your kids makes you a better parent, and it’s so true. If I have time to refuel myself I can give her everything when we are together, and I’ve accepted that now. I’ve realised that I can’t learn to manage my mental health issues without her, so from here on in, it’s a team effort. 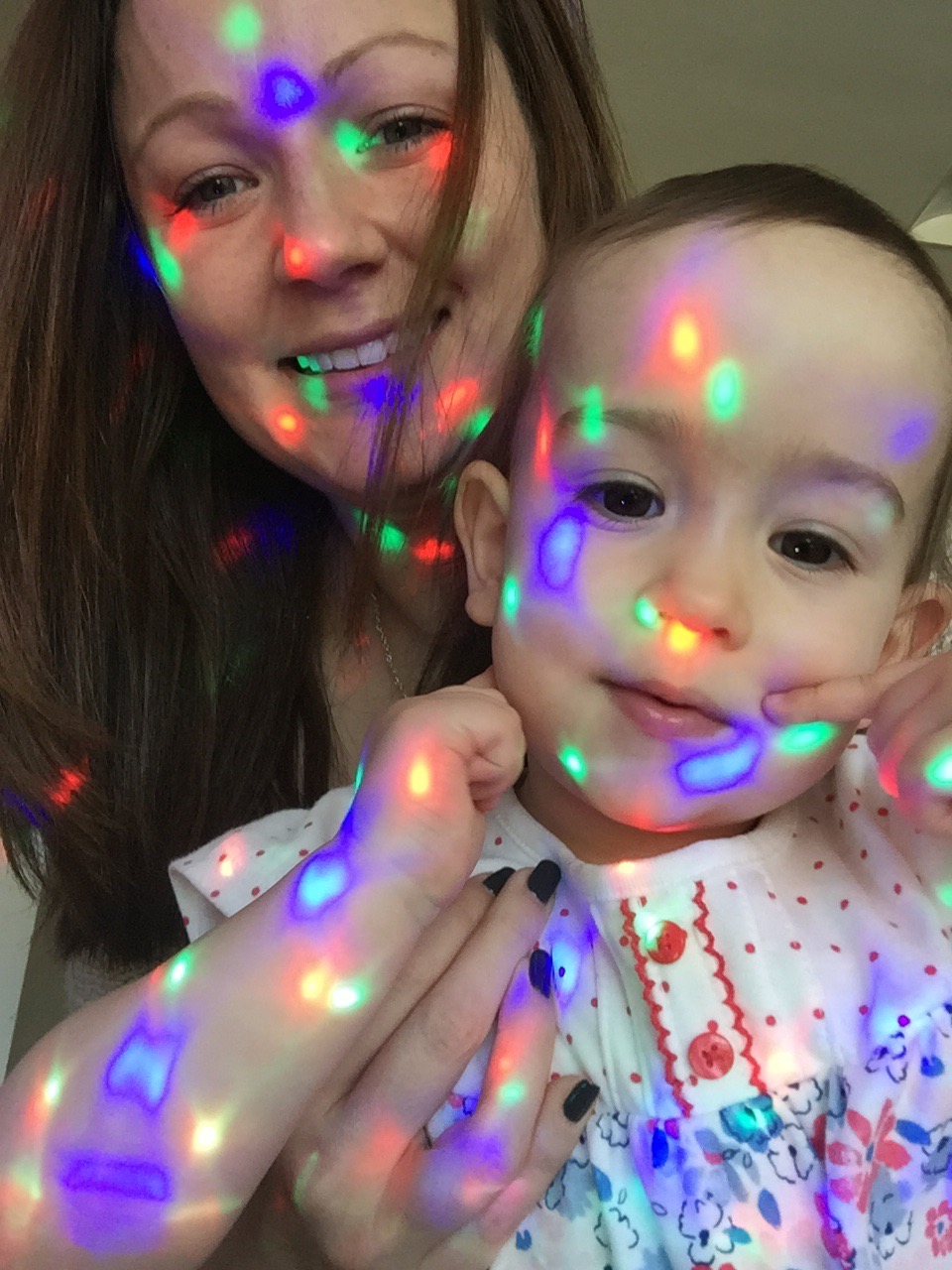 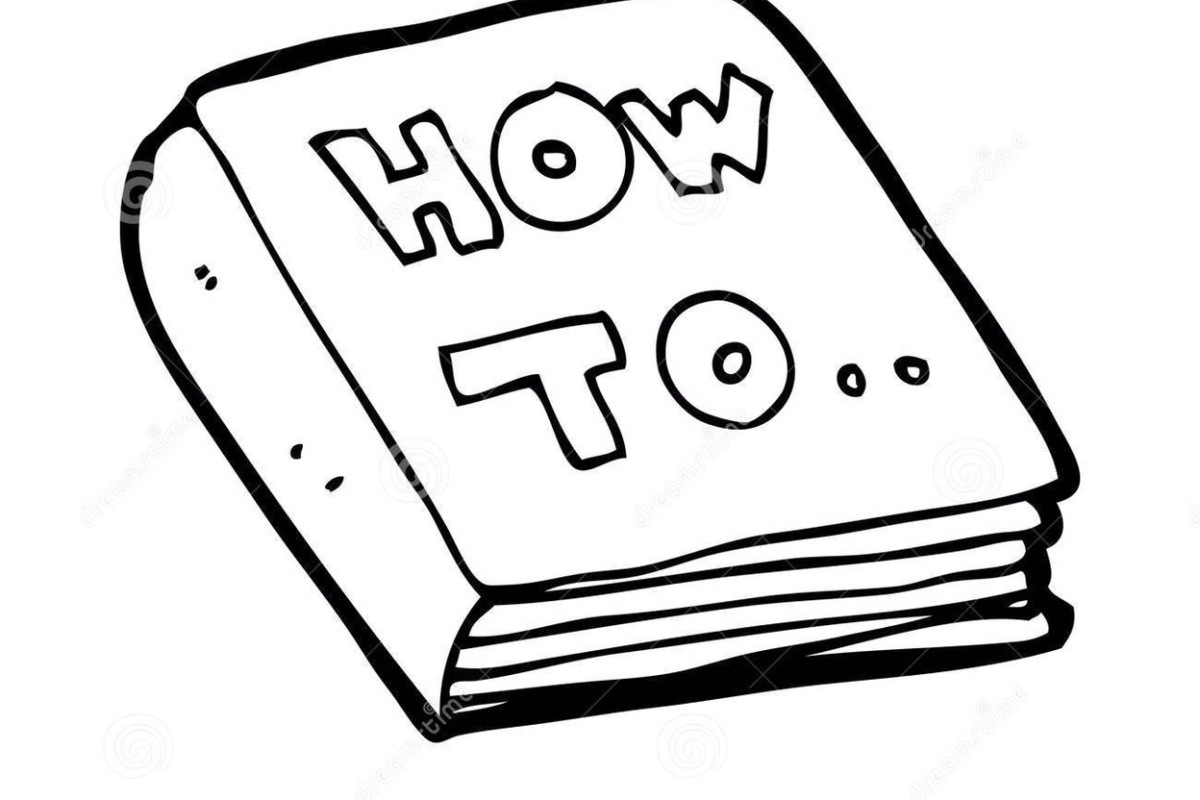 Recently we noticed that Millie had a small burn on her finger, just a small line, but it looked very angry and she definitely didn’t like us trying to take a look at it so off we went to the doctor’s surgery.

As it turned out, it was a cut and not a burn. What we had assumed was a blister was in fact where the cut had become infected and had pus in it. Which made us feel fantastic for not noticing it sooner! She was duly prescribed some antibiotics, a liquid to be given four times a day. 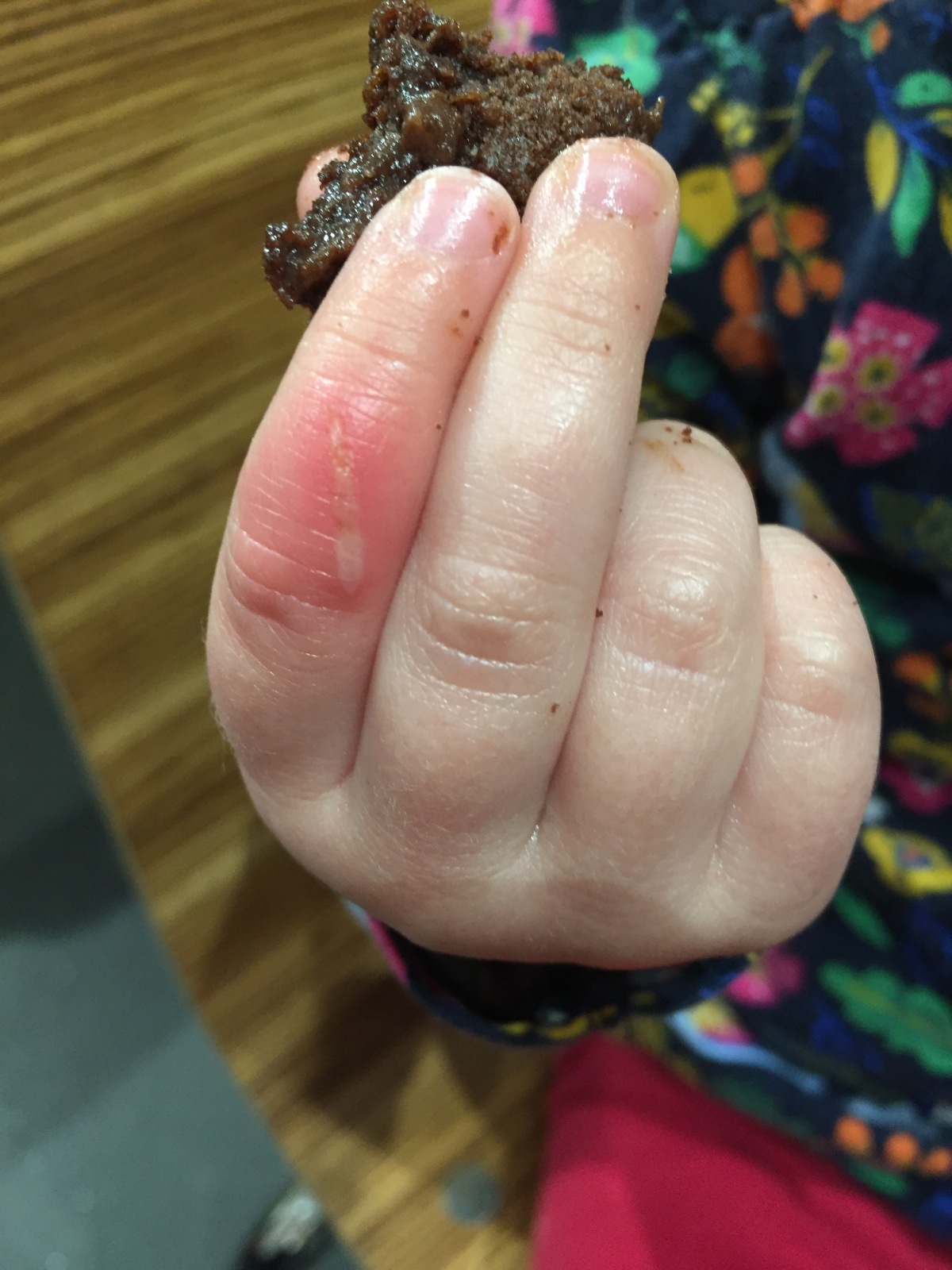 The first spoonful she took without query, and that was the end of that. Every dose thereafter (four joyful times a day, let’s not forget), however I managed to get it in she would learn and I wouldn’t manage it that way  a second time. I started explaining it, telling her ahead of time, then asking, giving her the opportunity to do it herself, using a spoon, using the calpol syringe, pleading, and offering a chocolate button for afterwards – from which I learned that rewards are not understood by 18 month olds.

I really didn’t want to hide it or trick her, I wanted us to figure it out together. But I had to let that go.

After some advice from friends on Facebook, I also mixed it into yogurt, and put it on the spoon before feeding her jelly, neither of which she would eat again. Shamefully, I also held her tightly and then poured it into her mouth when she protested, but then she started holding her mouth shut when she saw the medicine.

I was pulling my hair out, and dreading each dose, which probably didn’t help. When she went to nursery and spent time with my sister in law she took it, but not at home, which is kind of the law for napping too.

Eventually it was chocolate that saved me. She wouldn’t take the medicine first so I started blobbing medicine on chocolate buttons, which she liked until I ran out. With only giant buttons available at the shop we settled for placing little pieces on top of a spoon of medicine, and if Millie could place them on herself, she loved it even more.

By now we only had a couple of doses left, thank goodness, but at least we’d cracked it. So many people responded with suggestions on Facebook and I tried them all pretty much, but my small, cute daughter is a bloody genius.

Sometimes, even with the very best of intentions, you need to achieve something for their well being and have to take any action however much you’d rather do it without tears, or bribes. It was a tough week, but her finger cleared up nicely. You’ve just got to persevere until you find the key. I got the medicine in, and she loves chocolate, so we both ended up happy! 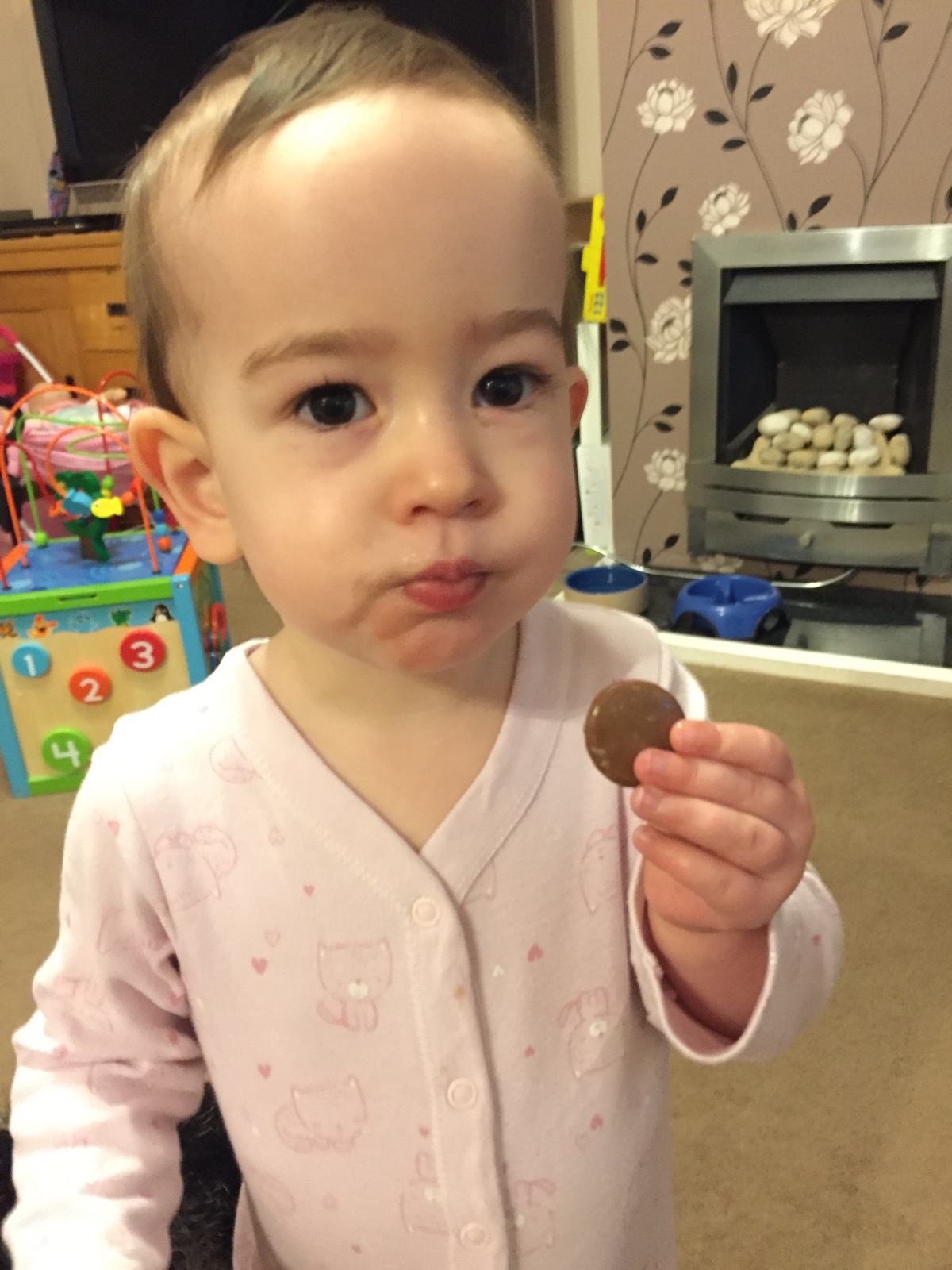