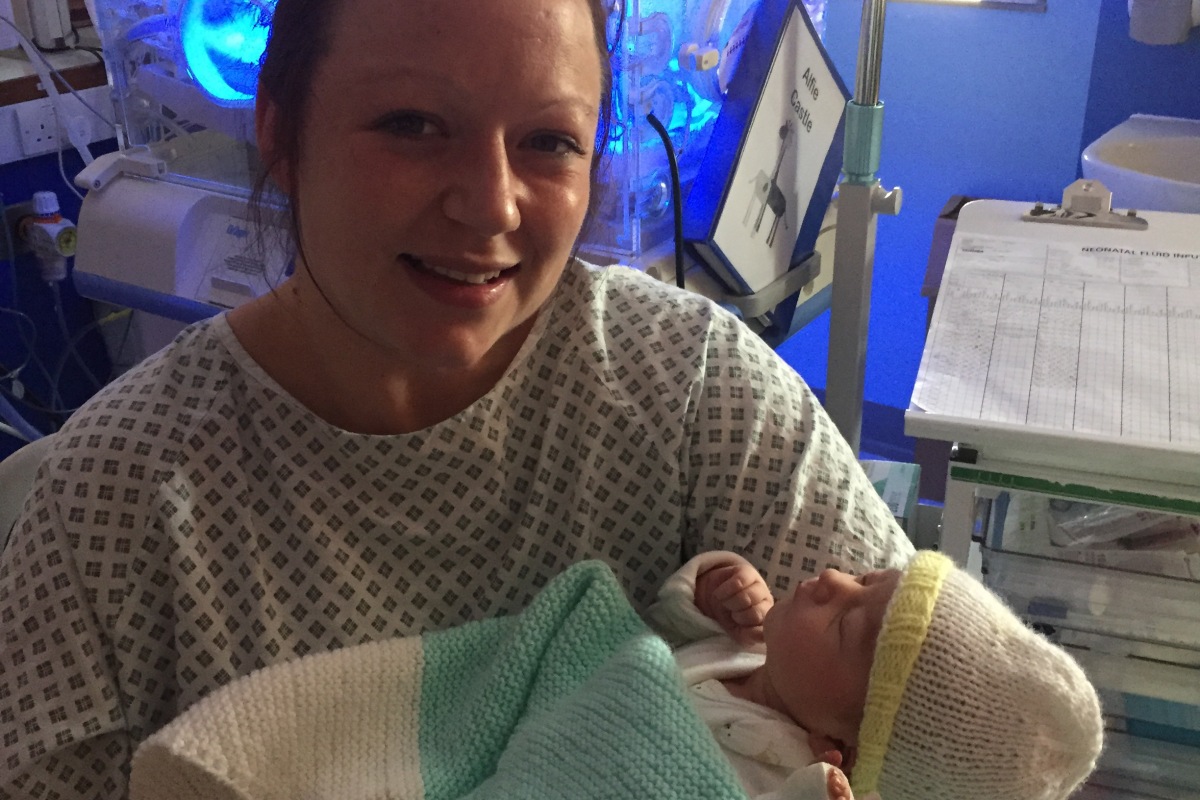 I gave blood today, and during the preliminary questions I had to declare my caesarean section operation from giving birth to Millie. The nurse and I bonded briefly over having had c-sections and she asked me, “Do you feel cheated? Not having had a normal birth?”

My reply was an immediate (and emphatic) no, but I was pretty taken aback by the question. I’ve never been asked that before, or even considered it.

I feel…very guilty I think, because Millie’s birth story was basically me being induced, a rush to an emergency caesarean, around 17 hours in neonatal and then five days in hospital. Those initial 17 hours are some of the essential ones you anticipate for nine months of pregnancy and however long you dream beforehand, enhanced by all the magazines and films. Seeing each other moments after birth, holding your baby for the first time, powerful skin to skin, the first feed, and Millie got none of that from me.

No one’s actually responsible, but for whatever reason our bodies were not working together that day and we took a slightly different route. But do it feel cheated? No.

I told my husband about this and he said he feels cheated, because he got nothing. I was unconscious for a decent chunk of it but he was left with an empty labour room for hours. No wife, no baby, just a whole lot of fear for both. An awful situation, bless him.

The same way that every baby is different (if you need a mantra as a new parent, that’s a good one!) every birth is too. Millie’s had a bit more drama but was still just as valid as everyone else’s. There’s some debate over different births but aren’t they all still births? Women producing actual tiny humans using their bodies? It’s a bloody miracle however they come out!

Frankly I’m grateful for our experience, because without the medical magic of an emergency caesarean, I’m not sure Millie would even have made it. And sadly many don’t. So when you think about it, I’m actually just very lucky.